In Klien, Texas, about an hour outside of Houston, in the 18700-block of Gleannloch Lakes Boulevard around 6 p.m. on Friday, March 5 an explosion rocked a Comcast crew when they punctured a gas line, according to the Harris County Fire Marshal’s Office. The Comcast crew called in a CenterPoint crew to inspect a gas line which they exposed while doing their routine work. A representative of Comcast said a Comcast contractor cut a small line in an area where the line was incorrectly marked. CenterPoint Energy crews were then sent to fix the line. The representative said CenterPoint crews hit a larger line while repairing the small line. As they were leaving, crews hit what was described as a 6-inch high pressure natural gas line, which is considered a main line. 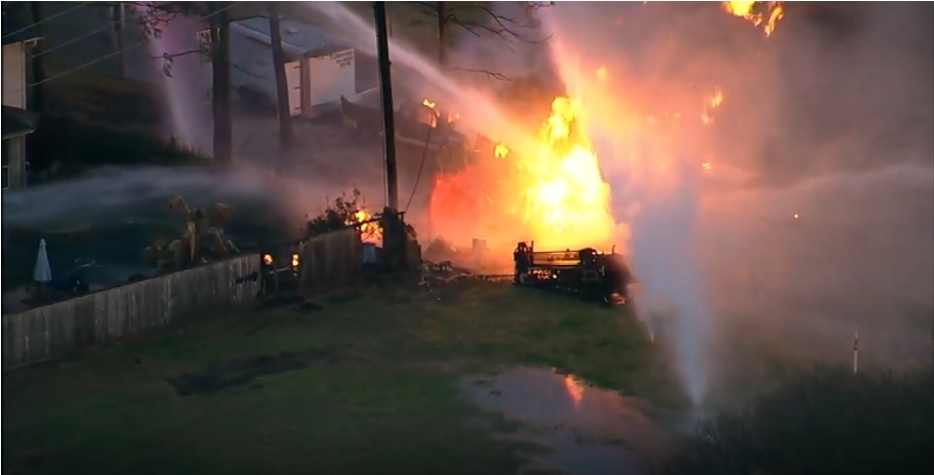 Picture of the natural gas pipeline fire after the explosion.

Five people were transported by ambulance. One was airlifted to Memorial Hermann in critical but stable condition. At least one home sustained damage and people were asked to avoid the area.

HCFMO officials said that people within 500 feet of the scene have been evacuated. Authorities say they hit what was described as a 6-inch high pressure natural gas line. At around midnight, authorities reported the fire had been put out and residents were being allowed back into their homes. The explosion and fire knocked out gas and power to homes in the surrounding area.

If you or a loved one has been injured or killed by a natural gas pipeline explosion, call the law firm of Abraham Watkins today. It is imperative that you find a law firm to manage your claim as soon as possible following an injury or death of a family member. Further, it is important to find a skilled law firm with experience handling these cases to ensure that the responsible parties are held fully accountable.