Lena B. Laurenzo is a third generation Houstonian with strong family roots in the Houston community, in particular the Houston restaurant business. Lena is a granddaughter of the late “Mama” Ninfa Laurenzo, a Houston icon who was known for her revolutionary Mexican restaurant and kindness towards her community. Lena was always inspired by her grandmother to become someone who gives back to her community and help others in need. Lena is the first lawyer in her family, and is extremely proud of her ability to help others through difficult times.

Lena has practiced 100% personal injury and maritime law. Lena represents people who have been injured or killed by the negligence of other individuals and/or companies. She has successfully litigated many types of cases to settlement or verdict. Her experience includes 18-wheeler/commercial vehicle crashes, Jones Act and general maritime cases, wrongful deaths, workplace injuries, and all other types of automobile and pedestrian crashes.

Lena graduated from Duchesne Academy of the Sacred Heart in Houston, Texas in 2006. She attended Texas Tech University in Lubbock, Texas where she received a B.A. in Psychology. She also studied abroad in Seville, Andalucia, Spain to help earn her Spanish minor. Lena was injured just before her senior year in a car crash at the hands of a drunk driver. After graduating cum laude in 2010, Lena worked at Abraham Watkins for two years as a file clerk and legal assistant. She then decided the best way she could help others was to go to law school and become a lawyer.

At South Texas College of Law Houston, Lena participated extensively in the school’s highly ranked trial advocacy program to prepare for the courtroom. During her time in law school, she was also a law clerk for Judge R.K. Sandill for the 127th District Court. Lena graduated in 2015 as an inductee of the Order of Barristers, a national trial advocacy honorary organization.

After passing the Texas bar, Lena began practicing personal injury and maritime law in Houston, Texas. At her first trial, she co-lead a complex wrongful death case that resulted in a jury verdict of $17,720,000. Lena has traveled all over the country for her clients, and has loved doing it. She has been named a top rated attorney on the Super Lawyers Texas Rising Stars list for six consecutive years (2017-2022) and on the Houstonia magazine’s Top Lawyers list for personal injury since 2020.

In her free time, Lena loves to cook, camp, golf, travel, and spend time with her family and partner, Jess Preheim. 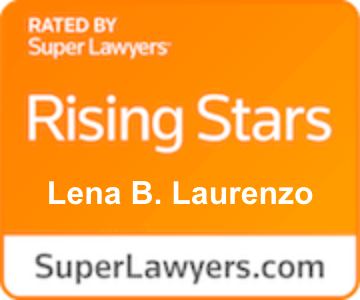 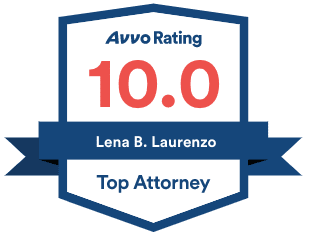