Brant Stogner grew up in El Campo, Texas – a small town about an hour southwest of Houston. In high school, Brant excelled at both athletics and academics. Brant graduated in the top ten percent of his high school class; in sports, Brant and the Ricebirds won six district championships in football and baseball during his three years starting on varsity. Brant earned all-district honors all three years in both sports while also participating in theater and the National Honor Society. Despite a knee injury and subsequent knee surgery in his senior year of high school, Brant accepted a full scholarship to the University of Houston to play linebacker for the Cougars under former head coach Kim Helton.

In college, Brant’s academic success continued. In his freshman year at the University of Houston, Brant earned the 1997 Conference USA Academic Excellence Award, earning the highest grade point average (GPA) of all football players in the conference. After playing two seasons, and having three surgeries in as many years, Brant decided to hang up his football cleats and transfer to Texas A&M University to complete his business degree. In College Station, Brant’s scholastic accolades continued to mount. Brant was a member of numerous honor societies and graduated in the top ten percent of his class with a Bachelor of Business Administration in Accounting.

Following graduation from law school and after taking the bar exam, Brant accepted an associate position at Houston law firm, Hays, McConn, Rice & Pickering (now named LeClair Ryan) while waiting for bar results. In November of 2006, Brant received his license to practice law from the State Bar of Texas while working at Hays McConn. As a licensed attorney, Brant continued to work with multiple partners on a wide range of cases in civil litigation, representing primarily defendants in personal injury and business disputes. Brant worked as a lawyer during the day and as a law professor at night while he coached South Texas College of Law Houston mock trial teams for his alma mater. After learning the ropes at Hays McConn for nearly two years, Brant accepted an associate position with Abraham Watkins in August of 2008. Brant has been with Abraham Watkins ever since and is now a firm partner with his name in the firm’s name.

At Abraham Watkins, Brant has continued to consistently try cases to verdict. Brant tried twelve cases to verdict in his first three years at the firm. Today, he exclusively represents plaintiffs. Brant’s practice focuses on catastrophic personal injury matters, including gas explosions, commercial auto and 18 wheeler cases, refinery and petrochemical explosions, product defect cases, commercial business disputes, and first-party insurance bad faith and claims handling matters. Since joining the firm, Brant has helped hundreds of his clients obtain compensation for their injuries and damages caused by others. Brant is board certified by the Texas Board of Legal Specialization in Personal Injury Trial Law. He received this certification within his first five years of legal practice, which is the soonest an attorney can become board certified in Texas. In 2009, Brant received the largest verdict (over $20 million) in Texas for workplace safety and injuries and was listed in Verdict Search’s Top Texas Verdicts of 2009. Brant is a board member of the Houston Trial Lawyers Association and is a founding member of the South Texas College of Law Houston Young Alumni Council. He also serves on the Board of Directors for the South Texas College of Law Houston Alumni Association and served as President in 2019.

Brant met his wife, Jennifer O’Brien Stogner, in law school and she was one of his mock trial partners when they won the ATLA Regional Championship in Dallas, Texas and the National Championship in Miami, Florida. Brant and Jennifer have two boys, Ryker and Beckett Stogner, and one girl, Holland Stogner.  Brant and Jennifer’s partnership continues as Jennifer joined the firm in 2018 as Of Counsel.

100% of Practice Devoted to Litigation 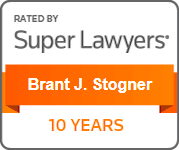 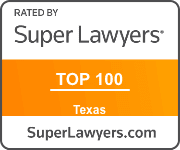 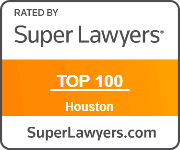 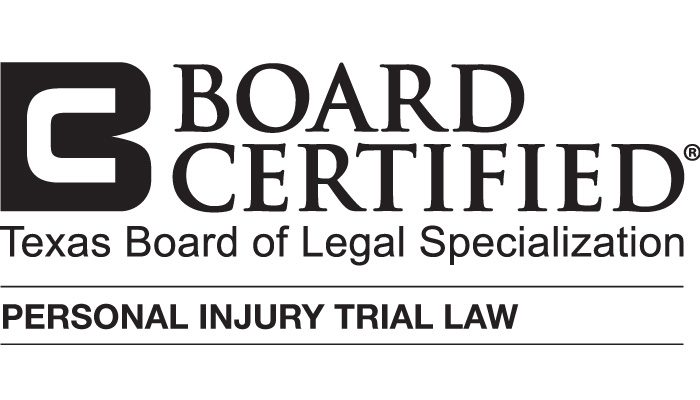 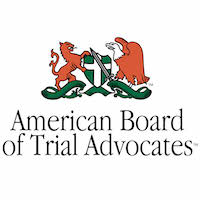