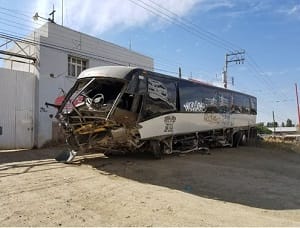 Back in October 2017, the victims departed from Houston, Texas on a trip organized by Francisco Tours, a Houston based company. While passing through Villa De Cos, Mexico, one of the tires on the bus transporting them suffered a catastrophic failure when the tread separated from the tire. The failure of the tire caused the driver to lose control of the vehicle.

The lawsuit focuses on Michelin, the manufacturer of the tires, and Motor Coach Industries, the maker of the tour bus. The lawsuit alleges that Michelin designed and manufactured the tires in a defective manner. It goes on to assert that Motor Coach Industries negligently designed the windows of the tour bus, and failed to install seatbelts. The lawsuit further states that had the bus and tires been designed and manufactured properly, this entire tragedy could have been avoided.

Commenting on the lawsuit, Mr. Aziz stated, “The worst part about tragedies like this is that they are entirely preventable. The tire that failed was not old or worn out, it was supposedly manufactured a few months before this incident. Furthermore, there is no reason that a bus manufactured in 2004 should not have seat belts to protect passengers. The lack of seatbelts in passenger and school buses is a primary cause of death and severe injury in bus accidents”