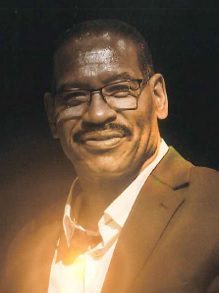 (Houston, TX) Houston attorney Benny Agosto, Jr. and another attorney of Abraham, Watkins, Nichols, Agosto, Aziz & Stogner have filed a wrongful death and premises liability lawsuit in Harris County, Texas against Pulice Construction, Inc. on behalf of the wife and son of Sheffery Brent “BJ” Johnson, a beloved family man, an admired scout of the Houston Rockets, and a well-respected member of the NBA community, who was killed while riding his bicycle due to a dangerously unfinished and inadequately marked section of sidewalk.

On the early evening of October 15, 2020, BJ Johnson was enjoying a bicycle ride along Almeda Parkway in Houston. He was wearing his helmet, head lamp, and customary Houston Rockets hat—the team for which he worked since the 1994-1995 championship season. During his ride, Mr. Johnson entered a section of the roadway that was under construction. Unknown to Mr. Johnson, a section of the sidewalk was also unfished, exposing a gutter with deep depressions and sharp concrete beams directly in his path. The exposed section of the sidewalk was unilluminated and lacked adequate warnings, buffers, or barriers to warn pedestrians or bicyclists of the danger ahead, or to prevent their movement into the area. The only marker adjacent to the dangerous condition was a solitary, foldable sign that failed to even cover the expanse of the sidewalk.

As Mr. Johnson rode his bicycle along the sidewalk, unaware and unwarned of the dangerous condition ahead, his front tire entered the unfinished area of the sidewalk, causing him to crash his bicycle, fall, and break his neck. Mr. Johnson died at the scene. He leaves behind a widow, son, and a grieving global basketball community. “This accident was totally avoidable,” said Mr. Agosto. “Had the Defendant acted reasonably and in conformity with standard construction practices, this beloved family man and admired member of the Houston Rockets would still be with us. The company knew better, and the pictures of the scene speak that truth. It’s a tragedy. Our hearts are foremost with the family as we begin prosecuting this matter for the safety of the community and for Claudette, Bijan, and BJ.” 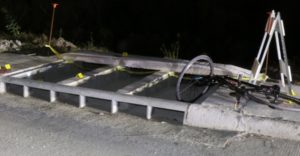 The construction on the road and sidewalk was being performed by Pulice Construction, Inc. The lawsuit alleges that Defendant failed to provide reasonable warnings of the dangerous condition, permitted an unreasonably dangerous condition to exist on the premises, and failed to comply with applicable safety standards.

A Temporary Restraining Order was filed on January 11, 2021 to preserve any evidence at the construction site and to allow a team of investigators to perform necessary inspections.