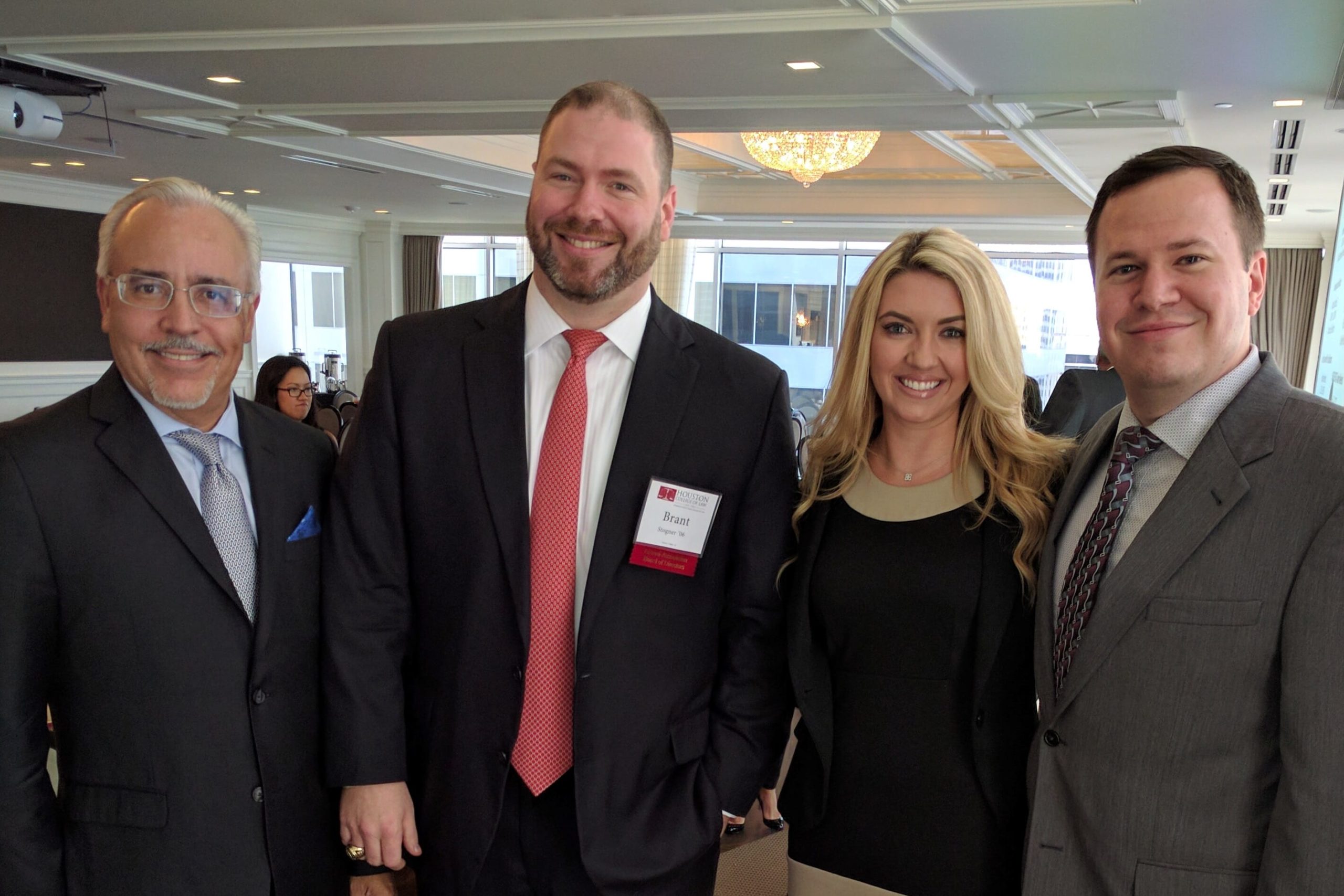 (Houston, TX) The law firm of Abraham, Watkins, Nichols, Agosto, Aziz & Stogner is proud to announce that Firm Partner Brant J. Stogner is the recipient of the inaugural South Texas College of Law Houston Young Alumni Award. Mr. Stogner was the first alumni to receive this award from HCL, which was presented at the Annual Meeting and Luncheon on Friday, October 14th.

New this year, the Young Alumni Award is presented to one alumnus who has graduated from the law school within the past 10 years, and who has made significant service and leadership contributions to both the legal profession and South Texas College of Law Houston. The Alumni Association presents three awards per year including the Young Alumni Award, the Public Service Award, and the Distinguished Alumni Award. Only highly distinguished alumni chosen by the Awards Committee are eligible to receive these awards.

As a proud and active HCL alum, Mr. Stogner is a founding member of the South Texas College of Law Houston Young Alumni Council, serves on the Board of Directors for the South Texas College of Law Houston Alumni Association, and is the Vice President of Admissions. He also serves as a volunteer through the advocacy program at HCL, as well as through the Houston Bar Association, the Houston Volunteer Lawyers Program, and the Houston Trial Lawyers Foundation.

Mr. Stogner has been a trial lawyer at Abraham Watkins since 2008 and represents clients in catastrophic personal injury matters, product defect cases, commercial business disputes, and first-party insurance bad faith claims. He has tried many cases to verdict and obtained the largest workplace injury verdict, more than $20 million, in 2009. He became board certified in Personal Injury Trial Law by the Texas Board of Legal Specialization within his first five years of practicing law, the soonest an attorney can become board certified in Texas. He has been recognized on the Texas Super Lawyers list for four consecutive years, and was recognized on the Texas Rising Stars list for three consecutive prior years. He is also a member of the prestigious American Board of Trial Advocates (ABOTA).