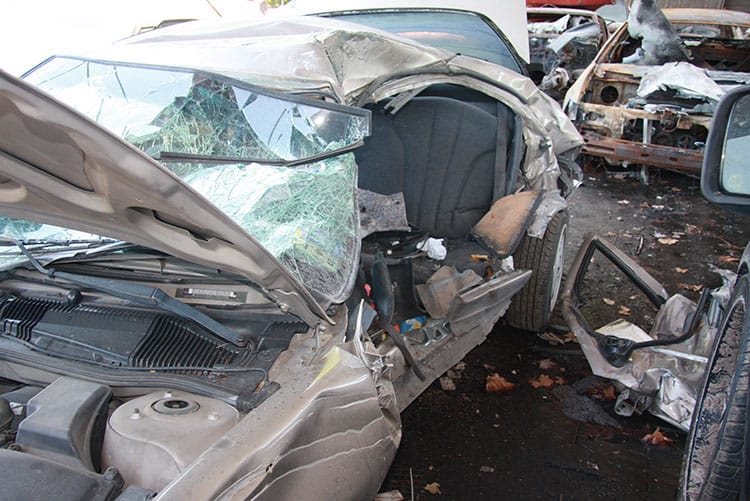 The husband and children of Vilma Marenco have filed suit against commercial truck driver Rodger Jones and owner Ricardo Ramos, both of Harris County, for the April 22, 2014 18-wheeler collision which resulted in the death of Mrs. Marenco.

The lawsuit alleges that Mrs. Marenco was killed when Jones ran a red light while hauling a load of heavy pipes. The collision occurred at the intersection of Pineland Avenue and Beaumont Highway, just outside of Sheldon Lake State Park.

According to the police report, the front of the 18-wheeler truck struck the driver’s side door of Marenco’s car, and medical examiners declared Marenco dead at the scene. Jones did not present insurance information to police.

Marenco’s family alleges that Jones was grossly negligent by driving at high speed and failing to stop at a red light, both of which resulted in Marenco’s death. Jones reportedly admitted running the light to Harris County sheriff’s officers at the scene. The lawsuit also alleges that Ramos committed several negligent acts, including entrusting his truck to Jones.

The lawsuit was filed today on behalf of Marenco’s husband and daughters. The family is represented by Houston attorney Benny Agosto Jr., a prominent Texas personal injury attorney.

The Texas oil boom has sparked an increase in 18-wheeler traffic transporting oil field equipment on state roadways, and a corresponding spike in deadly crashes caused by negligent commercial drivers. There has also been an unfortunate increase in the number of uninsured commercial trucking companies and drivers involved in these accidents, and the number of Texas families paying the price. It is becoming more important not only for drivers to be aware of the added dangers, but also for trucking companies to maintain adequate insurance.

The law firm of Abraham, Watkins, Nichols, Agosto, Aziz & Stogner (800 Commerce Street, Houston, TX, 77002) will hold a press conference open to all media on June 30 at 2 p.m. to discuss the wrongful death lawsuit. For questions about the press conference, please contact the firm at (713) 222-7211.

In addition to his legal practice, Mr. Agosto is active in the Texas and Hispanic legal community. He was recently sworn in as the 2014-2015 Chair of the Hispanic Issues Section of the State Bar of Texas. He has also served as President of the Hispanic National Bar Association (HNBA) and the Mexican-American Bar Association of Texas (MABATx).