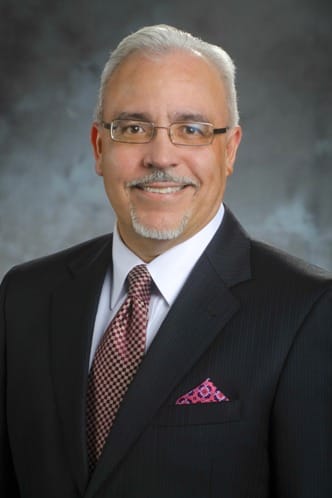 Attorney Benny Agosto, Jr., partner of Houston law firm Abraham, Watkins, Nichols, Agosto, Aziz & Stogner, has been named one of the 25 Most Influential Hispanic Lawyers in the United States by Latino Leaders Magazine for 2016. This marks Mr. Agosto’s third feature in the Magazine with the first in 2011 and 2012 as one of the 101 Most Influential Leaders.

For more than a decade, Latino Leaders Magazine has featured the top Latinos in the United States, from politicians and sports stars to business owners and lawyers. Its mission: “Connecting Leaders. Inspiring the Future.” Founded in 2000, the magazine works to feature Latinos of demonstrable influence throughout the United States who have made their mark in their chosen professions.

Mr. Agosto has a long record of service to the Hispanic community. He served as President of the Hispanic National Bar Association (HNBA) and as President of the Legal Education Fund of the HNBA. The Legal Education Fund is a not-for-profit organization that promotes programs to help underrepresented students and legal professionals learn about opportunities in the legal profession. Additionally, he is the President and Founder of the Mexican American Bar Association of Texas (MABATx) Foundation, which was created to benefit Houston-area Hispanic law students through scholarships.

His involvement in the legal profession and community has earned him honors locally and nationally. His service to the community has been recognized by the Anti-Defamation League (ADL) with the ADL Civil Rights Medal, the Hispanic Issues Section of the State Bar of Texas with the Peter Torres, Jr. Community Service Award and the Outstanding Service and Leadership Award, and the Litigation Counsel of America with the Peter Perlman Service Award. Additionally, he has been named Hispanic Male Executive of the Year by the Houston Hispanic Chamber of Commerce and Trailblazer Outside Counsel of the Year by the Texas Minority Counsel Program. Most recently, he received the Outstanding Public Service Award from South Texas College of Law Houston, the Thurgood Marshall Legacy Award from the Thurgood Marshall School of Law Student Bar Association, the Presidents’ Award from the State Bar of Texas, and the President’s Award from the Houston Bar Association.

At the Houston law firm of Abraham, Watkins, Nichols, Agosto, Aziz & Stogner, Mr. Agosto advocates for the rights of his injured clients – people who suffered catastrophic injury in car and truck accidents, workplace injuries, by defective products, and other personal injury claims. To learn more about Mr. Agosto or to contact him, please email him or call (713) 222-7211..