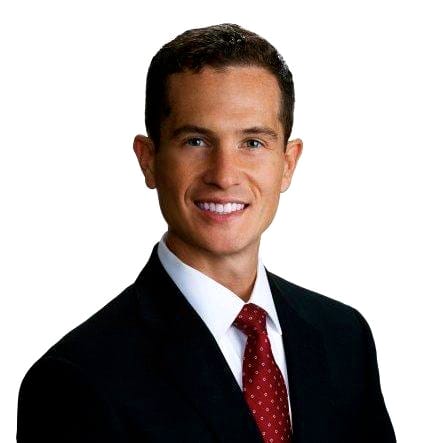 (Houston, TX) The oldest personal injury law firm in Texas, Abraham, Watkins, Nichols, Agosto, Aziz & Stogner, is pleased to announce that Eric K. Gerard has joined the firm as an Associate Attorney. Mr. Gerard is a graduate of the University of Virginia School of Law, Johns Hopkins University, and Washington and Lee University. His distinguished academic record includes election to Phi Beta Kappa as an undergraduate, membership in Order of the Coif at the University of Virginia School of Law, and a master’s degree earned with honors from the Johns Hopkins School of Advanced International Studies in Washington, D.C.

Mr. Gerard began his legal career in the Trial Division of the Manhattan District Attorney’s Office in New York City as a criminal prosecutor. In addition to trying many cases to verdict in jury and bench trials in Manhattan, he was appointed a Special Prosecutor in the Bronx, where he led a year-long felony investigation that culminated in a guilty verdict on all counts after a two-week jury trial.

Following his career as a prosecutor, Mr. Gerard spent a year at a prominent boutique law firm in New Orleans, where he represented plaintiffs in complex litigation and helped develop the central legal theory behind a suit brought by a public levee board against dozens of oil-and-gas companies for land loss to the Louisiana coastline – a case The New York Times has called “the most ambitious environmental lawsuit ever.” He then spent two years in the Houston office of one of the world’s largest law firms, handling commercial litigation. In January 2015, he left corporate defense work to join Abraham, Watkins, Nichols, Agosto, Aziz & Stogner, where he looks forward to returning to the courtroom to represent individuals, families, and small businesses seeking justice through the judicial system.

Mr. Gerard obtained the highest score on the Texas Bar Exam in February 2014, surpassing over 1,150 other candidates from around the country. He is admitted to practice in Texas, Louisiana, and New York, as well as the United States Court of Appeals for the Fifth Circuit and the federal courts of the Southern District of Texas and the Eastern, Middle, and Western Districts of Louisiana. He is a member of numerous legal associations in New York, Louisiana and Texas, including the Texas Trial Lawyers Association, the Texas Association of Consumer Lawyers, and the Texas Bar Association. He is also a member of the Houston Trial Lawyers Association, the American Association for Justice, and the American Bar Association, serving on the Trial Practice Committee and Trial Evidence Committee.

Please join the attorneys and staff of Abraham, Watkins, Nichols, Agosto, Aziz & Stogner in congratulating Eric K. Gerard on joining the firm as an Associate Attorney. Since 1951, the firm has advocated for tens of thousands of clients who have suffered catastrophic injury or the loss of a loved one due to another’s negligence. To contact Mr. Gerard or another personal injury lawyer at Abraham Watkins, please email the firm or call (713) 222-7211.