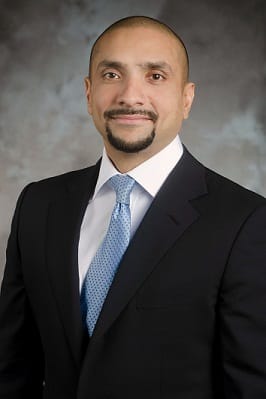 (Houston, TX) Mo Aziz, partner at the Houston personal injury law firm of Abraham, Watkins, Nichols, Agosto, Aziz & Stogner, has been named to the Top 100: Houston Super Lawyers list for 2016. This year also marks his fourth consecutive year to be selected to the Texas Super Lawyers list, which is limited to the top five percent of attorneys in Texas each year. Mr. Aziz’ inclusion in Super Lawyers means he has been recognized by his peers through a nomination and vetting process that searches out only the best of the best.

Mr. Aziz has practiced at Abraham Watkins since 2006, where he began as an associate attorney and became a partner in 2012. He is board certified in Personal Injury Trial Lawyer by the Texas Board of Legal Specialization and has secured over $100 million in settlements and verdicts during his time at the firm. He has served on Plaintiff’s Steering Committees for the Hurricane Evacuation Bus Fire and the Victoria Bus Litigation and currently serves on the four member Plaintiffs’ Executive Steering Committee for the West Fertilizer Plant Explosion. His involvement in a number of high-profile cases reflects the appreciation of clients and colleagues for Mr. Aziz and the skillful legal work he performs.

In addition to Mr. Aziz’ recent Super Lawyers recognition, he was previously selected for inclusion on the Texas Rising Stars list from 2008 to 2013. He has been recognized by the National Trial Lawyers Association as one of the Top 40 Texas Attorneys Under 40 since 2012 and as one of the Top 100 Texas Trial Lawyers since 2013. Most recently, he was selected to the Nation’s Top One Percent list by the National Association of Distinguished Counsel (NADC) for the second year in a row.

Please join the law firm of Abraham, Watkins, Nichols, Agosto, Aziz & Stogner in congratulating Mo Aziz on his selection to the Top 100: Houston Super Lawyers and Texas Super Lawyers lists. To learn more about Mo Aziz, or to contact him or other personal injury lawyers at Abraham, Watkins, Nichols, Agosto, Aziz & Stogner, email the firm or call (713) 222-7211.