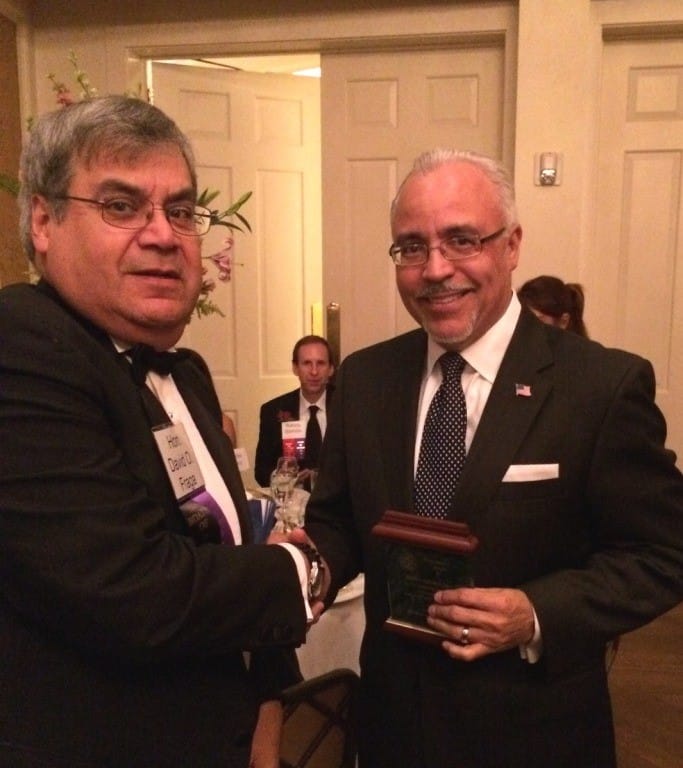 Attorney Benny Agosto, Jr. of Abraham, Watkins, Nichols, Agosto, Aziz & Stogner has been honored for the third time with a President’s Award by the Houston Bar Association (HBA). Mr. Agosto received this Award in recognition of his outstanding contributions as Co-Chair of the HBA Law & the Media Committee, which organizes an annual seminar and a media-training program. The Award was presented to him at the HBA Annual Dinner Meeting held at the River Oaks Country Club on May 21..

The 2015 Law & the Media seminar was titled “The Grand Jury System: A Closer Look” and included two panel discussions focusing on the degree to which grand juries reflect the populations of their communities. In particular, panelists agreed that criminal grand juries in Texas need more minority representation. Having grand juries that more closely reflect the communities in which they sit would help dispel the mistrust of the legal system common in many minority neighborhoods.

In addition to his service to the Houston Bar Association as Co-Chair of the Committee, Mr. Agosto currently serves as the Second-Vice President of the HBA. Mr. Agosto is also active in many other local and national legal organizations. He is a past President of the Hispanic National Bar Association (HNBA), a Co-Founder of the HNBA’s Legal Education Fund, and is a Chairman of the HNBA Task Force on Unaccompanied Minors Humanitarian Crisis. He is also the Founder and President of the Mexican-American Bar Association of Texas Foundation. The foundation, like the HNBA Legal Education Fund, awards law school scholarships to members of Houston’s Mexican-American community.

His involvement in the legal profession and community has earned him honors locally and nationally. His service to the community has been recognized by the Anti-Defamation League (ADL) with the ADL Civil Rights Medal, the Hispanic Issues Section of the State Bar of Texas with the Peter Torres, Jr. Community Service Award, and the Litigation Counsel of America with the Peter Perlman Service Award. Additionally, he has been named Hispanic Male Executive of the Year by the Houston Hispanic Chamber of Commerce and Trailblazer Outside Counsel of the Year by the Texas Minority Counsel Program.