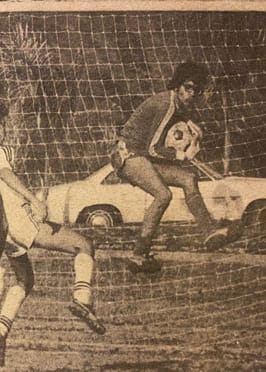 Benny’s soccer career began in Puerto Rico, where he was a member of the Wesleyan Academy Eagles varsity soccer team and the El Remanso FC youth club soccer team (U19). While he was the goalkeeper, his high school soccer team made it to the final championship game for four consecutive years. During his second half of high school, he was also selected for the Puerto Rico Junior National Team and participated in pre-Pan American Games practice games and eventually in international tournaments with the Puerto Rico U19 national team. During Benny’s senior year, he was selected as a High School All-Star, one of the best soccer players in Puerto Rico.

In 1981, Benny was awarded a full athletic scholarship to Houston Baptist University, where he played on the NCAA Div. I soccer team for four years. While attending HBU, Benny started all four years and his team reached the conference championship each season. Some of his college soccer accolades include 1983 team captain, 1983 NCAA Div. I All-American nominee, and goalkeeper record holder for “saves and shut-outs” in one season and in his university career. During Benny’s final year at HBU, his team managed to be ranked as one of the best teams in the United States (Top 20), with a national ranking of 17.

After completing his soccer career and graduating with a B.S. from HBU, Benny obtained his J.D. from South Texas College of Law Houston. Prior to attending STCL, he served as a middle school/high school soccer coach and then as the Head Soccer Coach for HBU, where his team had a record 23 wins and 12 losses. In 2016, Benny was recognized by HBU as a member of the school’s Athletic Hall of Honor and was a recipient of the Distinguished Alumnus Award.

Board certified in personal injury trial law by the Texas Board of Legal Specialization, Benny has practiced personal injury at Abraham Watkins for over 22 years. He represents individuals and family members who have been harmed by the negligence of others in cases involving catastrophic injuries, including chemical plant and refinery explosions, workplace accidents, wrongful death, premises liability, and products liability. He currently is lead/co-lead attorney in several large chemical plant fire and explosion cases throughout Texas.

Please join the law firm of Abraham, Watkins, Nichols, Agosto, Aziz & Stogner in congratulating Benny Agosto, Jr. on his induction into the Puerto Rico Soccer Hall of Fame. To learn more about Mr. Agosto or to contact him, please email him or call the firm at 713-222-7211.