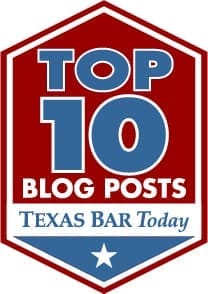 On June 10, 2015, the popular Blue Bell ice cream company was linked to a listeria outbreak after it was found that their product caused 10 patients to be infected with the disease. Blue Bell voluntarily recalled all products a month before. Blue Bell opened up its plants in November after extensive retraining and cleaning of the plant. However, on December 24, 2015, the U.S. Department of Justice (DOJ) began its own criminal investigation on the deaths that occurred as a result of the listeria infection.

Listeria is a disease that is severe for those with weak immune systems. This includes pregnant women, senior citizens, newborns, and certain ill people. Listeria symptoms include fever, vomiting, diarrhea, and often is a precursor to meningitis or serious blood infections.

If you or someone you know contracted listeria or were harmed from consuming Blue Bell products last year, it is important to understand your right to recover. Contact an attorney at Abraham, Watkins, Nichols, Agosto, Aziz & Stogner by calling (713) 222-7211 or toll free at 713-222-7211 for a confidential consultation.