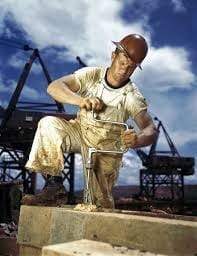 Last July, three Texas construction firms were hit with nearly $800,000 in penalties from the Occupational Safety and Health Administration (OSHA). The federal agency noted that the three companies put workers in tremendous danger, according to a story in the Texas Tribune. The agency also noted that the state has a lax safety culture that results in more work-related deaths and injuries in Texas than in any other state.

Of course, Texas is a big state, and one would expect it to have more workplace injuries and deaths than other states. Nevertheless, the rate of serious construction accidents is apparently disproportional, leaving Texas with the dubious reputation of giving workers inadequate protection on the job.

Reinforcing this is a Texas law that exempts employers from carrying workers’ compensation insurance. Texas is the only U.S. state that does not require employers to carry this type of insurance, and only 40 percent of construction companies do provide their workers this type of protection.

The three Houston-area firms that received the OSHA fines and citations were:

They were cited and fined for safety violations that included a trench collapse, ignoring a worker’s request for a safety harness, failing to report an injury within the required time, failing to inspect job sites, and failing to remove debris from the edge of an excavation. One of the companies, Hassel Construction, was enrolled in the agency’s severe violators program that requires inspectors to return more frequently

David Michaels, who heads up OSHA, noted, “We have known for 2,500 years how to prevent trench collapses,” implying that the only reason that the business did not shore up the trench was a wilful disregard for worker safety.