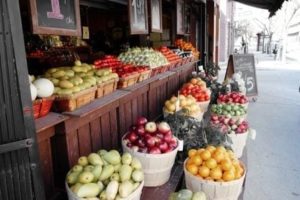 At least 3,000 people are killed each year by foodborne illnesses. This costs the United States around $77 billion. These are only the reported deaths; experts estimate that many more go unreported and are attributed to other causes.

Statistics About Food Safety Are Sickening

In addition, 48 million people become ill and 128,000 require hospitalization because they are made sick by food they have eaten. Sadly, the situation is probably going to get worse as huge food companies use industrial farming techniques that make it easy for food to become contaminated, making those who eat it sick – sometimes fatally.

One of the biggest culprits in this sad story is the widespread use of antibiotics in animals that promotes the development of antibiotic-resistant superbugs. The massive amounts of wastewater generated by huge farms and feed lots seep into the groundwater, contaminating vegetables grown using water that has been contaminated by farm runoff. Otherwise good-for-you vegetables like lettuce and spinach are now a frequent cause of hospitalizations resulting from contamination that causes illness or death.

When it comes to individual cases of food-borne illness, the cause is frequently never known. This means that regulatory agencies have very little ability to require improvements because they frequently are unaware of incidents of food-borne illnesses. Even when they are aware of outbreaks, budget cuts to regulatory agencies have left government departments without the resources needed to keep food safe and punish those who cut corners in the name of profit.

Moreover, weak regulation means there are no real consequences to food manufacturers and little incentive to keep the food supply safe. Because regulators are often stymied, it becomes more important than ever that individuals made sick by the willful negligence of huge food producers take action through the courts. Filing a personal injury lawsuit may be the only way to send a message to violators and obtain compensation that redresses the wrongs done to ordinary people.

Legislation And Lawsuits The Best Options

Fixing the larger problem may be difficult because the big food companies have powerful incentives to cut corners on food safety . Moreover, they have the resources to lobby government to weaken or eliminate regulations that can protect ordinary consumers. A study published in the Houston Law Review found that the best way to correct the situation was through legislative action. In the current climate, however, advocates of better regulation of food producers may find the effort to be an uphill battle, leaving the solution to the courts.