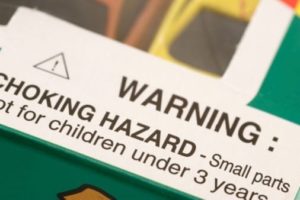 Winter holidays are supposed to be a time of joy and wonder, especially for young children. However, some aspects of holiday celebrations can have unintended consequences. Children’s gifts, for example, can harm rather than delight.

Toys and other gifts can come with built-in dangers because of the way the product was designed, manufactured, packaged or sold. Parents wondering if their children’s gifts are safe can check the website of the Consumer Product Safety Commission (CPSC) to find out if an item has been recalled.

Additionally, there are often stories in the media about dangerous toys and other items. For example, in November, CBS aired a story titled “10 most dangerous toys of 2015.” Parents can check after the fact to be sure that a toy brought by Santa is not on the list.

The list in the CBS story was based on information provided by W.A.T.C.H. (World Against Toys Causing Harm), which is dedicated to “educating the public about dangerous children’s products,” according to the organization’s website.

If you think your child was harmed by a dangerous toy, consult an attorney about a product defect claim.