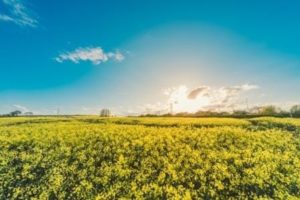 If you work in agriculture, you have almost certainly been exposed to herbicides. Although chemical companies like to say that herbicides are harmless to humans when used properly, the truth may be quite different. If lawsuits pending in California are successful, chemical companies and their allies in agriculture may be forced to weigh the short-term economic benefit of using herbicides such as Roundup, manufactured by Monsanto Inc.

One product defects (liability) lawsuit was filed against Monsanto in September in U.S. District Court in Los Angeles. The plaintiff is a 58-year-old farm worker who alleges that exposure to Roundup while spraying cucumber, onion and other vegetable fields caused his bone cancer, diagnosed in 1995. He worked in California and Texas for many years.

A second lawsuit against Monsanto was filed in New York by a woman diagnosed with leukemia in 2012. She alleges that the leukemia was caused by her exposure to Roundup while working at a horticultural products company.

Both lawsuits charge that the product was defective and unreasonably dangerous to consumers and that Monsanto knew or should have known of the dangers. It should have known because six months ago, the World Health Organization reclassified glyphosate, the ingredient in the herbicide that kills weeds, as “probably carcinogenic” to humans. The WHO cited multiple studies linking glyphosate with several cancers.

The lawsuits also allege that the Environmental Protection Agency (EPA) was persuaded to lower its classification of Roundup from “possibly carcinogenic” to “evidence of non-carcinogenicity in humans.” The lawsuits charge that the EPA made this change after intense lobbying by Monsanto.

Attorneys involved with these cases believe these two lawsuits will not be the only ones against Monsanto, which is one of the most widely used herbicides in agriculture. Monsanto categorically denies that the herbicide is dangerous when used properly.