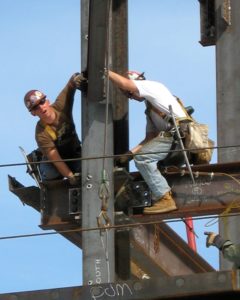 Texas, along with Oklahoma, has withdrawn from the workers’ compensation system. This means that employers are not required to participate in workers’ comp. It also means employees whose employers do not voluntarily provide workers comp coverage in Texas and Oklahoma will have to file lawsuits against their employers if they suffer a workplace injury — the very thing that workers comp was intended to stop.

How Some Employers Try to Shift Costs to Workers and Taxpayers

Although they have taken the most drastic action, states like Oklahoma and Texas are not alone. Lobbyists and employers throughout the United States have succeeded in shifting the costs of covering injured workers to the workers themselves and the taxpayers, according to David Michaels, assistant secretary of labor for occupational safety and health. Businesses have accomplished this by misclassifying employees, reducing benefits and under-reporting on-the-job injuries. They have established roadblocks that prevent workers from seeing doctors about their injuries. One employee in an Alabama poultry processing plant made 94 trips to the first-aid office in order to get permission to see the company doctor about her repetitive stress injury. Other employees fear retaliation and give up and cover the cost of their medical care for on-the-job injuries themselves.

The U.S. Labor Department reports that fewer than 40 percent of workers who are eligible for workers’ compensation actually receive benefits when injured on the job. In a recent report, “Adding Inequality to Injury: The Costs of Failing to Protect Workers’ on the Job,” employers pay only 20 percent of the cost of workplace injuries.

Although this is difficult for workers’ and expensive for taxpayers who foot most of the bill, the real impact is that employers have no incentive to maintain a safe workplace. Michaels, U.S. noted that the practice of misclassifying employees so they will be ineligible for benefits is common in the Texas construction industry. He said that research shows that around 38 percent of Texas construction workers’ are wrongly misclassified as independent contracts, exempting employers from having to provide them any benefits.

Workers Forced to Seek Benefits Through Other Programs

Another consequence of the reduction or elimination of workers” compensation coverage is that injured workers who can no longer work are turning to other programs, a development that is having a negative effect on those programs as well. When workers are unable to obtain workers compensation benefits, some have turned to the Social Security Disability program, which is itself under fire because of the seeming increase in claims. According to Michaels, at least some of that increase is the result of the weakening of workers comp program throughout the United States.

If you were injured on the job and are having problems with your claim for benefits, an experienced Texas lawyer may be able to help.