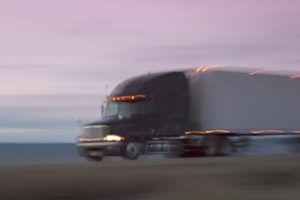 One might think that truck drivers and trucking companies approve of the high speed limits on Texas highways. After all, the faster they go, the quicker they can arrive at their destination, unload and go on to the next trip. Doesn’t speed equal money in the trucking industry?

At least one trade organization in Texas disagrees. In a recent editorial in the Fort Worth Star Telegram, the president of the Texas Trucking Association advocated for lower speed limits on Texas highways. His basic point: Slowing down traffic simply saves lives. It saves fuel. It saves money in the form of reduced congestion, fewer fatal truck accidents, and insurance costs. It just makes sense.

One way to achieve the goal of reduced speed limits is to mandate speed governors on all large trucks. Today, nearly 70 percent of semi-trucks have such governors that restrict speed. What about the other 30 percent? The American Trucking Associations, the parent group of the TTA, has been pushing the Department of Transportation to require such governors, and in 2006 the DOT agreed to issue a regulation. However, almost ten years later, that has not yet happened.

The editorial provides some statistics to support the request for lower truck speeds:

Although the reason for lowering speed limits is persuasive, Texas appears to be going in the opposite direction. According to the Texas Department of Transportation website, some highways in Texas have an 85 mph speed limit if the highway is designed to accommodate that speed. In ten Texas counties on I-10 and I-20, the speed limit is 80 mph.

Texas is not alone in its willingness to allow high speeds. Nevada, Wyoming, South Dakota and Idaho all permit speeds of 80 mph on some roads. But only Texas allows 85 mph.