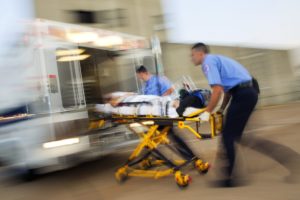 It turns out that people are most likely to have car accidents in rural areas. Outside the major population centers, Texas is a pretty rural state, so it’s not surprising that a significant number of the country’s deadliest locations are in the Lone Star State.

For example, according to the industry group Auto Insurance Center, the deadliest state in the United States is Kenedy County, Texas. It’s a small county, population 412 in 2013, so with 43 fatal car accidents in the past 20 years, the rate of fatal accidents is huge.

However, this does not mean that Western drivers are less safe. Rather, it reflects the rural nature of great swaths of the western part of the country. With low population, the chances are very good that almost everyone in a particular county owns a vehicle and drives it. Moreover, in the West, people drive greater distances, increasingly the accident rate per mile driven.

In contrast, in the Eastern part of the country, many people simply do not drive or own cars. Rather, they walk or take public transportation. Cars in Boston or Manhattan are often more trouble than they are worth. And even those who do drive are on the road much less frequently and drive shorter distances. And finally, because of the slow speed at which city traffic progresses, even if you crash your car, you will probably not die.

According to data publicized by the Auto Insurance Center, the safest counties in the U.S. are:

The safest state in the United States is Massachusetts. Given that two of the safest counties are in that state, this is not surprising, although it goes against the popular notion that Massachusetts has terrible drivers.

In addition to the three Texas counties listed among the five most dangerous in the U.S., Esmerelda County, Nevada and Clark County, Indiana are the other two locations that appear on the list of most dangerous counties.

If a loved one suffered a wrongful death in a fatal car accident in Texas, don’t hesitate to find out about your rights and options. You may be entitled to compensation for your loss. Call Abraham, Watkins, Nichols, Agosto, Aziz & Stogner in Houston, where you will find a symoathetic ear and compassionate advocacy.