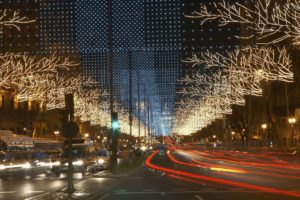 A recent article in the Washington Post makes some interesting observations about pedestrian accidents that apply in Texas and throughout the United States. Foremost among the points in the article is that the number of people killed in car accidents has steadily decreased in the past six years. However, pedestrian deaths have increased.

The reason is simple. Car drivers have more protections – seat belts, air bags, collapsible steering wheels and more. In contrast, pedestrians have no protection. People walking on the sidewalk do not wear helmets as a matter of routine as bike riders do. There is nothing between them and the vehicle that hits or sideswipes them.

According to the article, data recently released by the Governors Highway Safety Association estimates that the number of deaths in 2014 will be very similar to that in the previous year. This is a glass-half empty, glass-half-full proposition: The number has not increased, but it has not declined very much, either.

Not surprisingly, the states with the largest populations had the greatest number of pedestrian deaths: New York, California, Florida and Texas. More surprising, however, is the ranking of Houston when it comes to pedestrian deaths: Houston ranks seventh in the number of fatalities in the United States, according to a report from the National Complete Streets Coalition.

Pedestrians in the Houston-Sugar Land-Baytown area were more than twice as likely to be injured or killed while walking. According to a story in the Texas Tribune last May, improvements to highways and traffic patterns prioritize speed over safety. Another concern is that moneys spent on infrastructure put the development of toll roads in rural and suburban areas over safer streets in the city. There were 485 deaths in Texas in 2013, about 10 percent of all pedestrian fatalities in the United States

If you were injured after being struck by a car or other vehicle, or if a loved one died in a pedestrian accident, it is important to learn about your legal options. Talk with the Houston lawyers at Abraham, Watkins, Nichols, Agosto, Aziz & Stogner. Call us at (713) 222-7211 or toll free at 1-800-870-8584 for a free consultation.