On behalf of Abraham Watkins 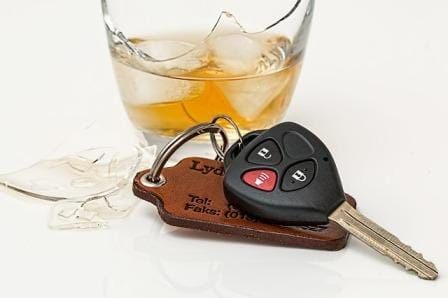 If an intoxicated driver causes a motor vehicle accident that injures or kills another person, that driver can be held liable for his or her negligence in causing a drunk driving accident. In Texas and many other states, the law goes further and makes others liable as well for the dangerous behavior that resulted in injury or death.

Injured people and the families of those who died in crashes caused by intoxicated drivers can file civil lawsuits against the bars, restaurants and individuals who violated these laws. In addition, businesses and individuals may face criminal charges and penalties if convicted.

To be liable in a civil case under dram shop law, an establishment must be found to have served an obviously intoxicated customer, among other legal requirements. This is the case in most states with dram shop laws. Texas law, however, has another feature not found in some other states’ statutes: A defendant may seek to assign responsibility to a “responsible third party”-including the drunk driver-under certain circumstances under the Texas Proportionate Responsibility Act. In short, defendants in such cases may be only partially liable and the driver or another individual could be found liable for the remaining damages and injuries, depending on the situation. This feature of Texas’ dram shop law is the result of a 2007 decision of the Texas Supreme Court. Additional provisions of the Texas dram shop law could affect the outcome of a civil lawsuit. People injured by a drunk driver should consider talking with an attorney to learn how the dram shop law applies in their situation.

Finally, although not specifically part of the dram shop statute, there are criminal penalties for violation of the dram shop law that include a fine of $500 and a jail sentence of up to one year.

Texas’ social host law, passed in 2005, makes it a crime to serve alcohol to a known minor if that minor then caused injury or death while intoxicated. It also makes party hosts civilly liable for damages and injuries when a host (not the underage drinker’s parent) served or allowed to be served alcoholic beverages to someone known to be underage and who then caused injury or damage.

If convicted, a host faces a Class A misdemeanor conviction punishable by up to one year in jail and a fine of up to $4,000.

One recent effort to change the state’s dram shop law occurred this year when a representative from Arlington and Grand Prairie filed a bill in the Texas House. The bill would require all Texas bars and restaurants that earn more than 50 percent of their revenue from alcohol sales to carry liquor liability insurance.

Although many taverns and restaurants do carry this type of insurance, not all do. This means that even if a plaintiff receives a judgment against a tavern or restaurant after being injured by a drunk driver, he or she is unlikely to receive any compensation if the establishment does not carry liquor liability insurance. By some estimates, only one in three businesses that would be required to carry insurance under the proposed law do so now. Proponents of the law hope that if establishments are required to pay for insurance coverage, they will be more careful about not overserving intoxicated customers.

There are numerous examples of these two laws in action; a few of them include:

If you or a loved was injured or killed in a crash caused by a drunk driver, you may be eligible to seek justice. A Texas personal injury lawyer can advise you.