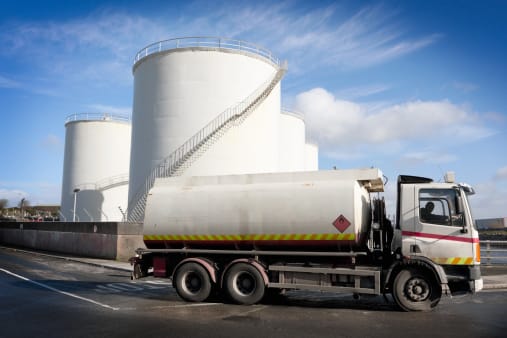 Texas is in the midst of an oil boom. According to an article in the San Antonio Express-News, overall oil production in the state is up 8.3 percent in August 2014 over August of the previous year. In specific oil-producing parts of the state, such as the Eagle Ford shale and Permian Basin, the increase is much higher – around 23 percent. This is good news for the state and for local economies, oil companies, workers and drivers. However, there is a negative side to this expansion of the energy industry in Texas. In oil producing areas of the state, area roadways have become deadly.

Although road fatalities are down throughout much of the United States, that is not the case in Texas. Overall highway deaths have increased by eight percent between from 2009 to 2013; deaths involving commercial vehicles grew by 53 percent during the same period. According to the Houston Chronicle, a significant portion of the increase in traffic deaths occurred in counties around the Permian Basin and the Barnett and Eagle Ford shale plays.

In those regions of the state, roads not built to handle the traffic fill up with tractor-trailers, tanker trucks and commercial vans going to and from the oil fields. This congestion, when coupled with tired truckers who may lack proper training and who drive above the speed limit, creates conditions that endanger ordinary drivers. The result is significantly greater risk of dying in a motor vehicle accident on these roads.

For example, in West Texas counties around the Permian Basin, motor vehicle fatalities increased by more than 50 percent from 2009 to 2013. In the counties around Eagle Ford and the Barnett Shale areas, roadway deaths increased by 11 percent in the same period, according to data reported by the Texas Department of Transportation and analyzed by the Houston Chronicle.

Last year, Midland County saw a traffic fatality increase of 47 percent in the period from 2000 to 2013. Deaths in Bexar County, near Eagle Ford, increase from 152 to 188, a 24 percent increase. Harris County deaths went from 341 to 368, an eight percent increase.

Why is this happening? One reason is that many trucks simply should not be operating. It appears that between 27 and 30 percent of trucks should not be on the road at all because of safety defects such as bad brakes, bald tires, and burned-out bulbs in safety lights. More trucks in Texas fail to meet federal and state safety standards than in other states in the country, according to the Houston Chronicle.

Another reason that Texas roadways in oil and gas regions are so unsafe is that truck drivers are often poorly trained and loosely regulated. Although the technology exists to monitor drivers’ speed, braking time and seatbelt use, smaller companies sometimes do not install this technology in their trucks to cut costs. Some trucking businesses do not conduct drug and alcohol tests, allowing impaired truck drivers to travel to and from the oil fields on roadways also used by drivers of personal vehicles. Rogue drivers have been found to ignore the requirement that they inspect their trucks before and after every trip to identify potential safety and equipment problems.

Safety, equipment and driver problems appear to go together, and trucking companies that have one problem often have others. However, the epidemic of accidents is the result of other circumstances specific to the oil and gas fields. Company vans that transport workers from throughout Texas to the work sites are often driven by exhausted employees who have just come off a 24-hour shift on the job. Moreover, when one of these vans crashes, the accident frequently kills multiple people. The number of people killed in so-called “triple tragedies” increased from 72 in 2010 to 148 in 2013. In 2014, 81 had already died in triple tragedies through July, putting 2014 on track to exceed 2013. Insurance companies confirm that fatigue is often a factor in accidents that cause multiple deaths.

The causes of the growing number of accidents associated with the oil and gas industry are not limited to negligence by trucking companies, drivers and oil companies that require employees to work excessive hours. The State of Texas also has played a role in creating the tragic increase in deaths. In 2011, speed limits were increased from 70 to 75 on almost 19,000 miles of Texas roadways, including many of the state highways leading to oil and gas worksites. In addition, the state also removed night and truck speed limits in many parts of the state.

Texas is Not the Only Place With an Oilfield Traffic Problem

The phenomenon of increased rates of traffic fatalities in oil producing areas is not limited to Texas. States such as North Dakota, West Virginia and Pennsylvania have seen significant increases in traffic fatalities in areas where the energy industry is booming. According to the Associated Press, in West Virginia’s most heavy drilled counties, the fatality rate rose 42 percent in 2013. In North Dakota, the traffic fatality rate in oil country rose 148 percent between 2009 and 2013. In Pennsylvania, highway deaths in oil and gas producing counties increased by four percent. In each of these states, the traffic death rate fell in non-oil producing counties in the same time period.

And it’s not only U.S. oil producing states that have seen this phenomenon. Alberta, Canada, the center of the Canadian oil industry, has a road nicknamed the Highway of Death, Highway 63. This narrow roadway runs through the Athabasca tar sands, carrying water and equipment trucks as well as cars and vans transporting workers. The dangers of the highway are compounded by the ice and snow that builds up on the road for six months of the year.

Responsibility for the growing number of highway deaths in U.S. oil producing regions is not limited to the states and the oil and gas companies. The federal government is also part of the problem because federal trucking rules are less stringent for oil and gas industry trucks. Most commercial truck drivers need to take 34 hours off after driving either 60 or 70 hours before they can reset the clock and begin driving again. Truckers in the oil and gas industry can rest their clocks after only 24 hours.

This exception applies to all commercial motor vehicles (CMV) used in the oil and gas industry, including CMVs used for stringing and picking up pipe, service trucks, equipment and supply trucks (including those transporting water and sand) , those hauling away waste from the oil field, and any other commercial vehicle used in the industry.

And what is Texas doing about the problem? Local law enforcement officials in Midland and elsewhere have called for increased patrols to slow down drivers. Most recently, the chairman of the Texas Transportation Commission has called on state officials to address the issue of increasing traffic fatalities associated with the booming oil and gas industry. Improvements include adding rumble strips, conducting public education campaigns, lowering speed limits, adding dividers to highways and transferring money to finish projects already begun but stalled.

Whether efforts like these will happen quickly enough to reduce the growing death toll is not yet known. However, publicity surrounding the problem has resulted in public awareness, and that is a big first step.

Traffic deaths involving oil field trucks and vans are complicated, but the families of those killed in such accidents may be eligible for compensation for the wrongful death of loved ones. It is important to speak with an attorney knowledgeable about such cases to learn about the options available. At the Houston law firm of Abraham, Watkins, Nichols, Agosto, Aziz & Stogner, our lawyers handle this type of wrongful death case and invite people to call them to schedule a free consultation.