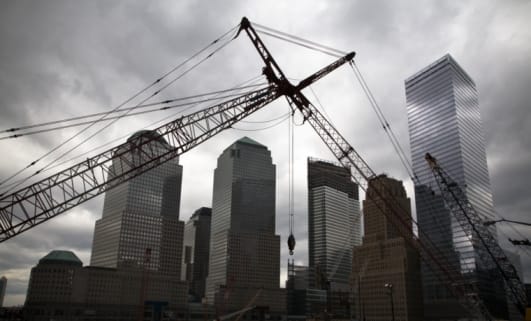 Cranes are a common feature of the Houston skyline. The oil, shipping and construction industries, a large part of the Houston economy, are frequent users of cranes. Lots of cranes in the sky can mean that the economy is booming. However, the downside of crane use is the potential for catastrophic accidents – few crane accidents are not fatal or cause serious injuries.

Of course, there are exceptions and miracles when a crane accident occurs. Just last fall, a collapse caused neither injury nor significant property damage. A recent collapse at the Dallas Museum of Art resulted in only one injury, a cut on the head of the crane operator. However, most people involved in crane accidents are not so lucky.

A more typical accident is one that occurred in 2012 in Texarkana when a crane dropped the beams it was transporting, striking and killing a warehouse worker. Last November, a worker was killed at the Alcoa plant in Point Comfort when he was hit by a tank door being installed by a crane.

The worst recent crane accident in Texas made headlines all over the United States. In 2008, four people were killed and six injured when a huge crane collapsed at a Houston oil refinery. The crane, which had a 400-foot boom, was capable of lifting a million pounds. It was later determined by OSHA that the four victims’ employer, Deep South Crane and Rigging, had violated numerous safety standards. And this came only one year after the death of another Deep South crane operator in 2007 at a refinery in Oklahoma.

The year 2008 saw several other spectacular crane accidents across the country. Two crane accidents killed nine people in New York City that year. Other fatal incidents occurred in Miami and Los Angeles, making it one of the deadliest years on record and shining a spotlight on possible systematic problems within the industry.

Of course, fatal crane accidents are not limited to Texas or the United States. In April, a truck crane overturned in Toronto, killing one worker. In Taiwan, a dropped load landed on a car, killing the driver. Three workers were also killed, and several other car drivers were seriously injured. Another fatality occurred in Hong Kong when a falling hook block crashed into the cab of the crane.

Crane accidents have resulted in a lively discussion between OSHA and crane companies and manufacturers about operator certification requirements that could improve safety and reduce crane accidents. In 2010, OSHA issued new rules that required certification for crane operators. The rules were supposed to go into effect in November 2014, but in September 2014, OSHA extended the deadline to November 2017. Crane operators and manufacturers also objected strenuously to one portion of the OSHA rule, which required operators to be certified for a specific size of crane. Recently OSHA rescinded that part of the new rule.

The new rules, once they are operational, represent a big change. Previously, the OSHA requirement for crane operators was that they be “trained.” The new rules require that operators be tested and certified by an entity other than the employer. Some states have their own certification programs, which the new OSHA rules will require to be at least as strict as the federal rules. At present, Texas does not have its own certification program for crane operators, so certification will be governed by federal rules when they ultimately go into effect.